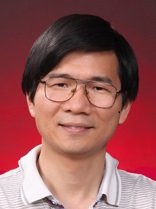 Institute: Peking University
Title: Professor
Country: China
Period: 2016/12/2 - 2016/12/13, 2017/1/19 - 2017/1/29
Theme: GDS analysis of 3-component geomagnetic records in China
Host: Makoto UYESHIMA
Introduction: Qinghua Huang is a Cheung Kong Distinguished Professor at Peking University, China. He received the B.Sci. Degree from University of Science and Technology of China in 1990, and the PhD from Osaka University, Japan in 1999. He had worked as a research scientist for several years at Guangdong Earthquake Administration, China and The Institute of Physical and Chemical Research (RIKEN), Japan, before he joined Peking University in 2002. His current research interests include geo-electromagnetism and statistical seismology. He has been awarded the National Science Fund for Distinguished Young Scholars and the 1st Class Award for Science and Technology in Geophysics, China. He serves as a bureau member of IUGG’s Inter-Association Working Group on Electromagnetic Studies of Earthquakes and Volcanoes (EMSEV) and the deputy-editor-in-chief of Chinese Journal of Geophysics.
Fiscal Year: 2016