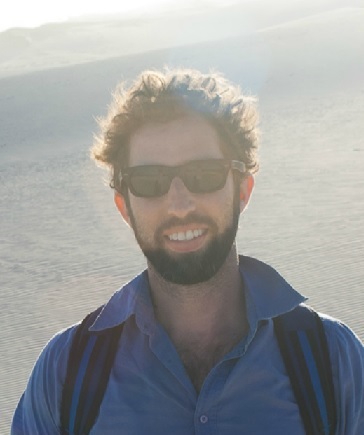 Institute: Department of Earth Sceiences, University of Oxford
Title: Associate Professor
Country: U.K.
Period: 2015/03/23 - 2015/04/17
Theme: The rheology and dynamics of partially molten rock
Host: Yasuko TAKEI
Introduction: My research interests are broadly in the dynamics of fluid/solid systems involving melting and solidification, and the role that such systems play in the Earth and terrestrial planets. My research focuses on models of the coupled mechanics and chemical thermodynamics of two-phase systems using mathematical analysis and high-performance computation. The goal of this work is to develop a quantitative understanding through a comparison between model predictions and observations or laboratory experiments. My research considers a variety of two-phase systems, including sea-ice and ice sheets or glaciers, but my primary interest (and the one that brings me to the ERI to work with Prof. Takei) is the partially molten mantle beneath volcanoes. Mantle convection, plate tectonics, and volcanism are closely linked. Most volcanoes on Earth are associated with plate boundaries, such as mid-ocean ridges and subduction zones. The thermodynamics of mantle melting that supplies these volcanoes has been thoroughly explored with laboratory experiments at high pressure and temperature. Laboratory experiments can also provide insight into the dynamics of partially molten regions of the mantle from the scale of a single solid grain to the scale of thousands of grains, aggregated together with melt. Experiments, however, cannot reveal the pathways on which magma segregates from the source rocks and travels to a magma chamber beneath a volcano, or how this transport interacts with the large-scale thermal and flow structure of the mantle. Theoretical models are therefore required to connect the coupled magma/mantle dynamics at the grain scale with that of a plate tectonic boundary. Such models can be used to interpret geophysical observations of proxy measurements such as seismic wave-speed and electrical conductivity. In fact, experiments on the deformation of partially molten rocks conducted at the ERI and the University of Minnesota reveal surprising behavior that is can only be partially explained using existing theory. My work with Prof Takei at ERI will develop and explore theoretical models that can improve our understanding of such experiments; it will also investigate the consequences of these theoretical models of melt transport at mid-ocean ridges. I am an associate professor at the University of Oxford, United Kingdom.
Fiscal Year: 2015