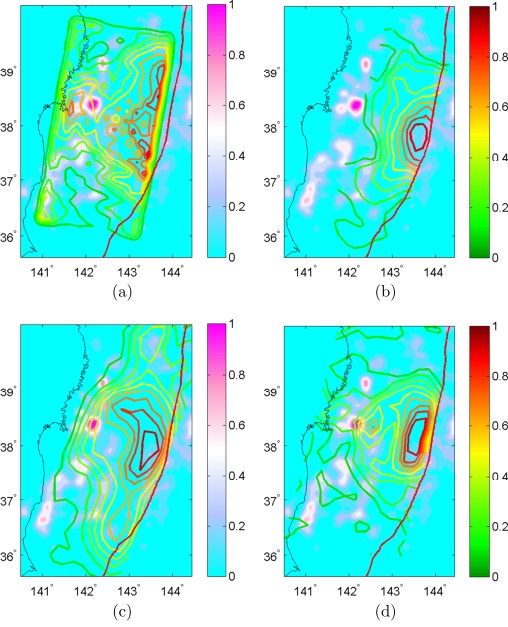 Speaker: Stuart Henrys
The Seismic Array HiKurangi Experiment (SAHKE) investigated the structure of the forearc and subduction plate boundary beneath southern North Island along a 350 km transect. Tomographic inversion of first-arrival travel times was used to derive a P-wave image of the crust that is resolved to 20-25 km depth. The refracted phases and migrated reflection events image subducting slab geometry and crustal structure. In the west, Australian Plate Moho depth decreases westward across the Taranaki fault system from 35 to ~28-30 km depth. In the east, subducted Pacific Plate oceanic crust is recognised as a positive velocity gradient, but becomes less distinct beneath the Tararua Ranges, where the interface increases in dip at about 15 km depth from <5° to >15°. This bend in the subducted plate is associated with vertical clusters in seismicity, splay fault branching, and low-velocity high-attenuation material that we interpret to be underplated subduction sedimentary channel. We infer a step down in the decollément transfers slip on the plate interface at the top of a subduction channel to the oceanic crust and drives local uplift of the Tararua Range. Reflections from the Wairarapa fault show that it is listric and soles into the top of underplated sediment, which in turn abuts the Moho of the over-riding plate at ~32 km depth, near the downdip end of the strongly locked zone. The change in dip of the Hikurangi subduction interface is spatially correlated with the transition from geodetically determined locked to unlocked areas of the plate interface.