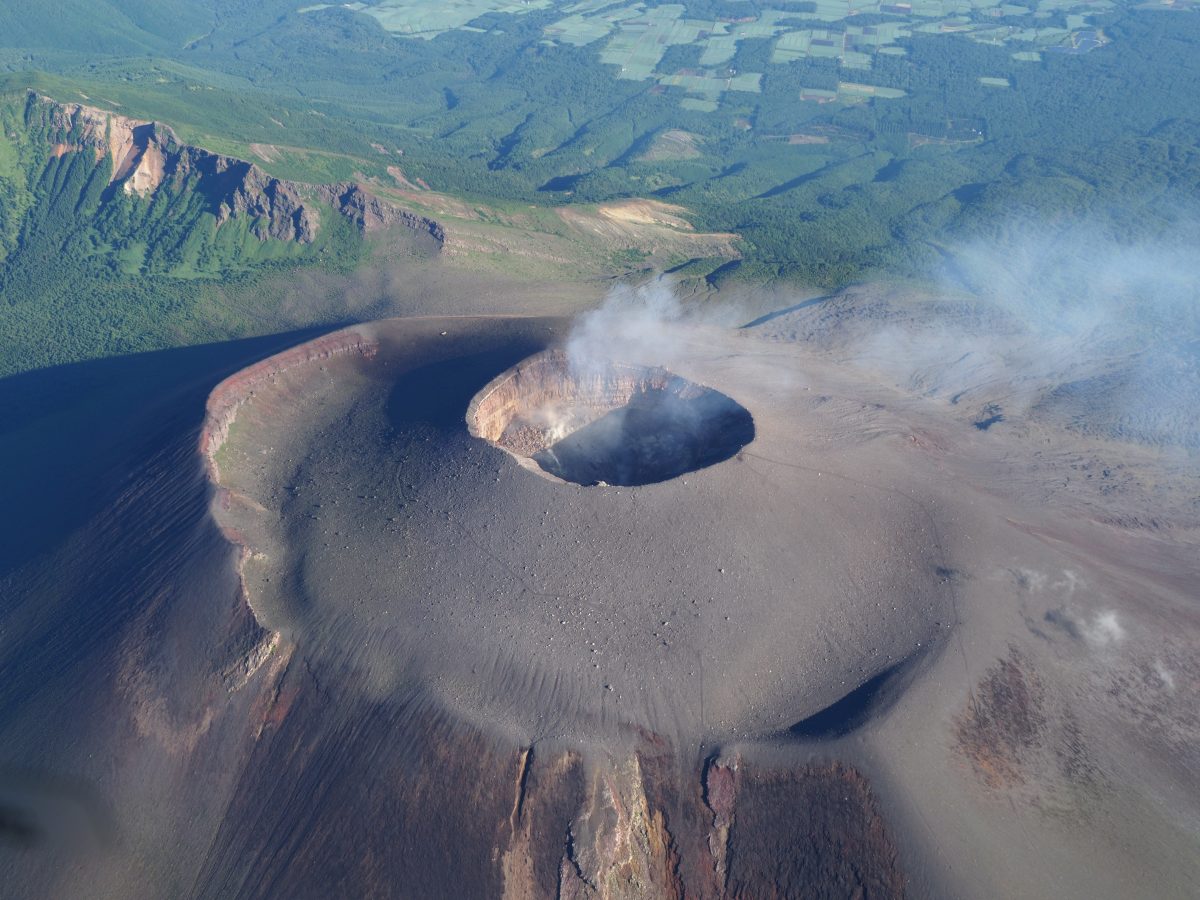 Mt. Asama, an active volcano  on the border of Gunma and Nagano prefectures, erupted on 7th August around 10:08PM, and JMA (Japan Meteorological Agency) raised the warning level from Level 2(Do not approach the crater) to Level 3 (Do not approach the volcano).

We are updating the report gained from the on-site survey.
*Please contact Yomiuri Shimbun for siting pictures.

Aerial Observation just after the eruption of Asama Volcano on 7th August, 2019

Overview
Following the eruption of Mt. Asama eruption at around 22:00 on 7th August, aerial observation was done from helicopter (air craft operated by Yomiuri Shimbun) .  No significant change in Kamayama crater was found. A small crater was existing from before in the middle of Kamayama crater, and this was still found even after the eruption. There were two clear fumarolic activity on the north western side of the crater. A weak fumaroles were found on other locations too, but they were there from before. No change was found outside of the Kamayama crater(such as the northern slope). This eruption occurred from existing crater, and was not a kind that changes topography inside or outside of the Kamayama crater.