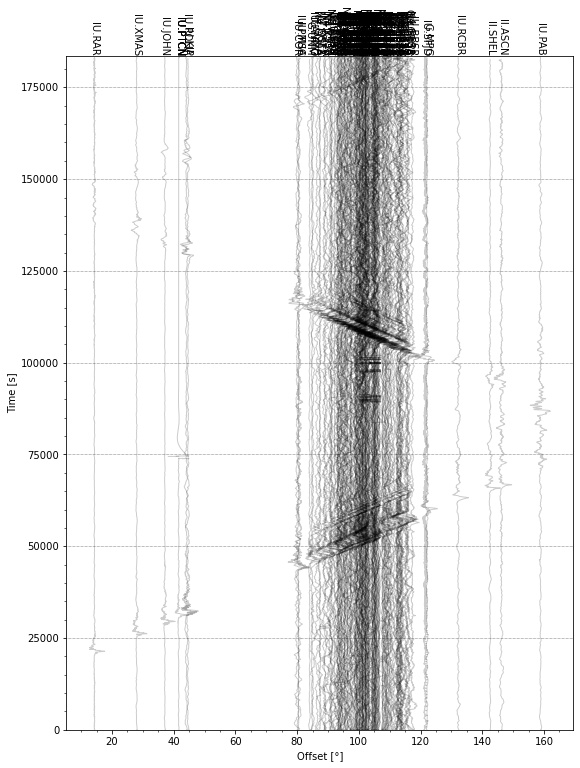 Volcanic Activity of Hunga Tonga Hunga Ha’apai underwater volcano at around 13PM JST on 15th January, 2022 (According to JMA), has caused tsunami that even reached Japan.

*All figures/pictures/movies should be credited as: “Earthquake Research Institute, The University of Tokyo” when cited. Please report via contact form upon usage.

Hunga Tonga-Hunga Ha’apai volcano in Tonga (southern Pacific) had a large eruption in about 13:00 January 15, 2022 (Japan Standard Time), and sea-level changes had been observed in coasts of Japan from the night of the eruption. Seafloor earthquake and tsunami observation system using optical seafloor cables off Sanriku, which was installed by Earthquake Research Institute, the University of Tokyo, also observed the sea-level changes. The observation system consists of two cable system; one was installed in 1996 and the other was developed and deployed in 2015 and has total 5 tsunami-meters (Fig. 1). YTM1 is the shallowest (water depth of approximately 500 m) station and is buried 1 m below seafloor with seafloor cable. The others are laid on the seafloor and the deepest station (YTM3) has a water depth of about 1600 m. The tsunami-meters in the system observed the sea-level fluctuation (water pressure changes) after 20:00 on January 15 (Fig. 2). The changes had the maximum amplitude around midnight on January 16 and reached approximately 18 cm peak to peak (about 18 hPa as pressure). Then, the sea-level change become small, and continued one day later from the detection. The first arrivals of the changes seem to propagate with a speed of 340 m/s (Figure 3). The propagation is consistent with a hypothesis that the fluctuation of the atmospheric pressure by the huge volcanic eruption causes the changes of sea-level.

An atmospheric Lamb wave (a type of long-period atmospheric acoustic wave)*1 with a longer period of about 200 s are excited when a large volcano erupts. When the Krakatau eruption of 1883, actually, a multi-orbit Lamb wave was recorded. Since the beginning of modern observations, there have been no observations of such Lamb waves of volcanic origin.

Acknowledgments:
We would like to thank US Geological Survey Networks, Central and Eastern US Network, Caribbean USGS Network, Geoscope, IRIS IDA, and IRIS USGS for the data.

*1: Atmospheric Lamb wave: Strictly speaking, it is a type of boundary wave that behaves like an acoustic wave in the horizontal direction and is in hydrostatic equilibrium in the vertical direction.

Atmospheric Lamb waves, generated by the eruption of Tonga, are circulating all over the earth. We also recorded the waves at the infrasound stations to monitor volcanoes in Japan. The above figures display waveforms recorded around Kirishima and at Asama volcanos, where very accurate micro-barometers are installed. Atmospheric pressure fluctuations and local sound waves should be non-coherent between Kirishima and Asama and even among stations in Kirishima. On the other hand, Lamb waves should appear commonly to all observation points. The yellow arrows indicate what seem to be the Lamb waves, which we identified referring to the global propagation times (Nishida, this website). The waveform of L2, which has traveled around the other side of the earth, is unclear, and it differs significantly between Kirishima and Asama. L4 and L5 are speculative. It is necessary to compare waveforms recorded all over Japan and the world. The figure has been posted for sharing the information with researchers. The time in the figure is Japan Standard Time (UTC+9h) and the thick line on the vertical axis indicates the scale of 100 Pa.