コンテンツへスキップ
Temporal variation in the resistivity structure of the first Nakadake crater, Aso volcano, Japan, during the magmatic eruptions from November 2014 to May 2015, as inferred by the ACTIVE electromagnetic monitoring system 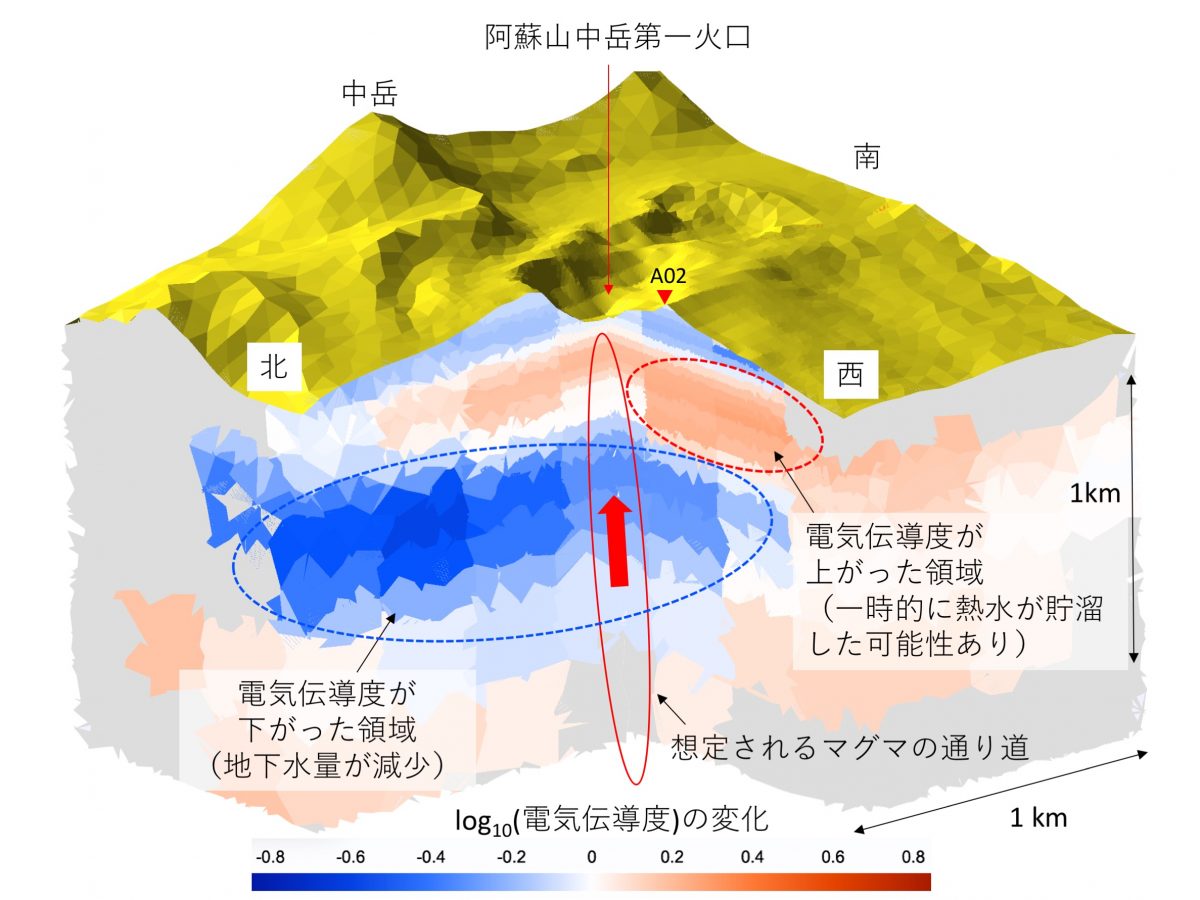 (This paper was selected as EPS Highlighted Papers 2018 )

During the last magmatic eruption period of Aso volcano (November 2014 to May 2015), a controlled-source electromagnetic volcano monitoring experiment (ACTIVE) was conducted. Here, we interpret the temporal variations in the electromagnetic responses. The ACTIVE system installed at the first Nakadake crater, the only active crater of Aso, consisted of a transmitter located northwest of the crater and four (before the eruptions) or three (after the eruptions) vertical induction coil receiver stations. The ACTIVE system succeeded in detecting temporal variations in the resistivity structure during the latest magmatic eruption period. The response amplitude started to increase in November 2014, peaked in February 2015, and decreased slightly in August 2015. An unstructured tetrahedral finite element three-dimensional inversion that accounted for topographic effects was used to interpret temporal variations in the ACTIVE response. The 3-D inversion results revealed that temporal variations in the ACTIVE response are attributed mainly to (1) a broad increase in resistivity at elevations from 750 to 850 m, not only directly beneath the crater bottom but also outside the crater, and (2) a thin layer of decrease in resistivity at the elevation of ~ 1000 m on the western side of the crater. The increase in resistivity can be ascribed to a decrease in the amount of conductive groundwater in the upper part of an aquifer located below the elevation of 800 m, while the decrease in resistivity implies that enhanced fluid temperature and pressure changed the subsurface hydrothermal system and formed a temporal fluid reservoir at the shallow level during the magmatic eruption period.