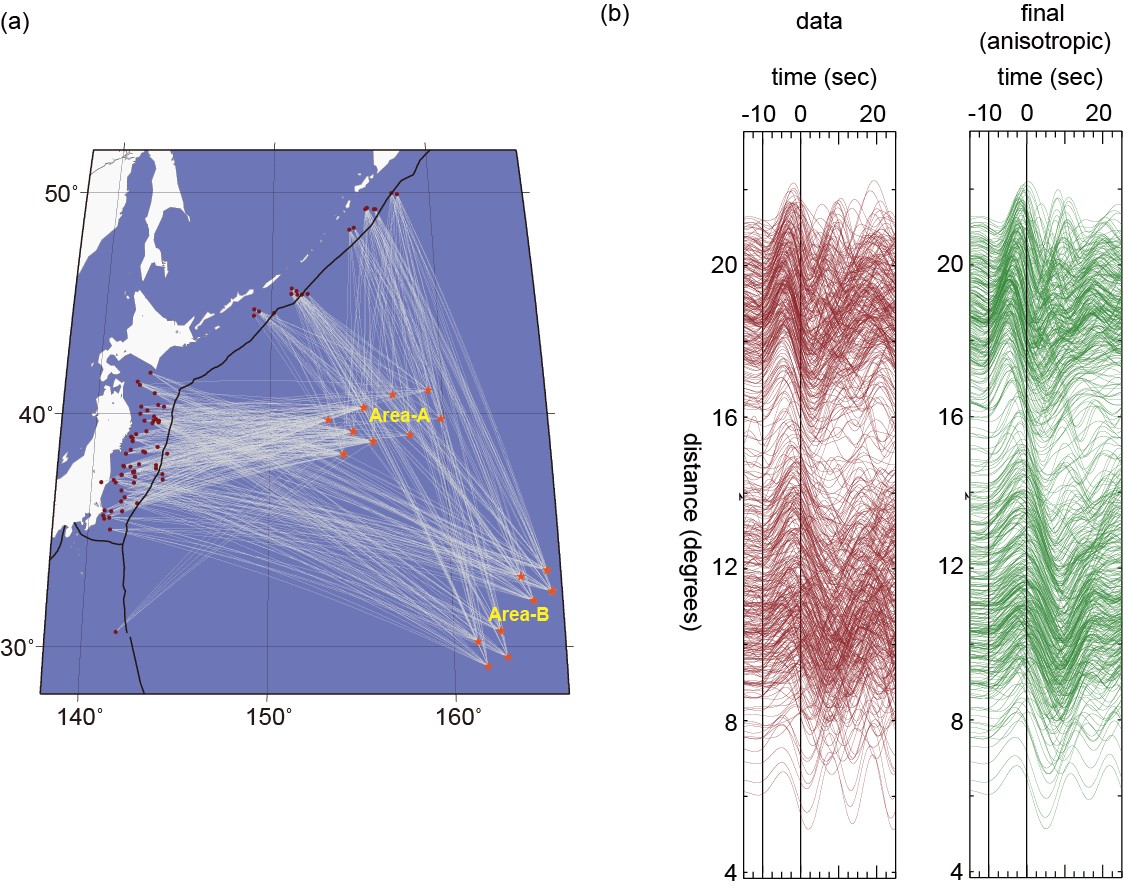 We performed waveform inversion of the P waveforms recorded by our BroadBand Ocean Bottom Seismometers (BBOBSs) deployed in the Northwestern Pacific. Consequently, the depth profile of the P velocity of the oceanic upper mantle, which has not been well resolved by previous surface wave or receiver function analyses, was revealed. We considered the azimuthal anisotropy in the lithosphere, which significantly improved the variance reduction from 34% to 44%. The resulting P model exhibited higher and lower velocities in the lithosphere and asthenosphere, respectively. The velocity contrast was found to be second/third of that observed in the previous S models; however the obtained model appeared to have some trade‐off with the VS structures in the vicinity of the source. We compared our P model with the previous S model obtained using our BBOBSs and obtained the VP/VS model. The resulting VP/VS model has two notable features. First, the lithosphere is characterized by a rapid increase in the VP/VS values with depth, which implies chemical stratification. Second, the VP/VS values in the vicinity of the lithosphere‐asthenosphere boundary (LAB) are larger than the synthetic values of any major upper mantle mineral predicted by considering the anharmonic effects, which suggests the effects of anelasticity or melt.