コンテンツへスキップ
Reconstruction of a 2D seismic wavefield by seismic gradiometry 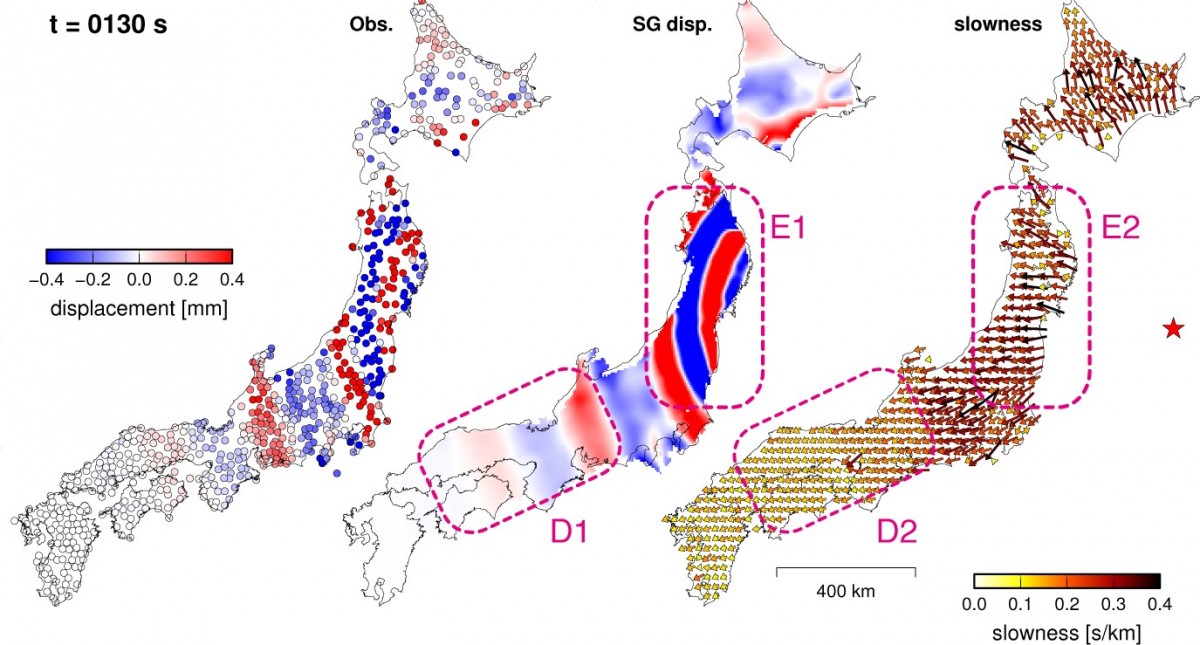 Abstract
We reconstructed a 2D seismic wavefield and obtained its propagation properties by using the seismic gradiometry method together with dense observations of the Hi-net seismograph network in Japan. The seismic gradiometry method estimates the wave amplitude and its spatial derivative coefficients at any location from a discrete station record by using a Taylor series approximation. From the spatial derivatives in horizontal directions, the properties of a propagating wave packet, including the arrival direction, slowness, geometrical spreading, and radiation pattern can be obtained. In addition, by using spatial derivatives together with free-surface boundary conditions, the 2D vector elastic wavefield can be decomposed into divergence and rotation components. First, as a feasibility test, we performed an analysis with a synthetic seismogram dataset computed by a numerical simulation for a realistic 3D medium and the actual Hi-net station layout. We confirmed that the wave amplitude and its spatial derivatives were very well-reproduced for period bands longer than 25 s. Applications to a real large earthquake showed that the amplitude and phase of the wavefield were well reconstructed, along with slowness vector. The slowness of the reconstructed wavefield showed a clear contrast between body and surface waves and regional non-great-circle-path wave propagation, possibly owing to scattering. Slowness vectors together with divergence and rotation decomposition are expected to be useful for determining constituents of observed wavefields in inhomogeneous media.