コンテンツへスキップ
Receiver function images of the distorted Philippine Sea slab contact with the continental crust: Implications for generation of the 1891 Nobi earthquake (Mj 8.0) 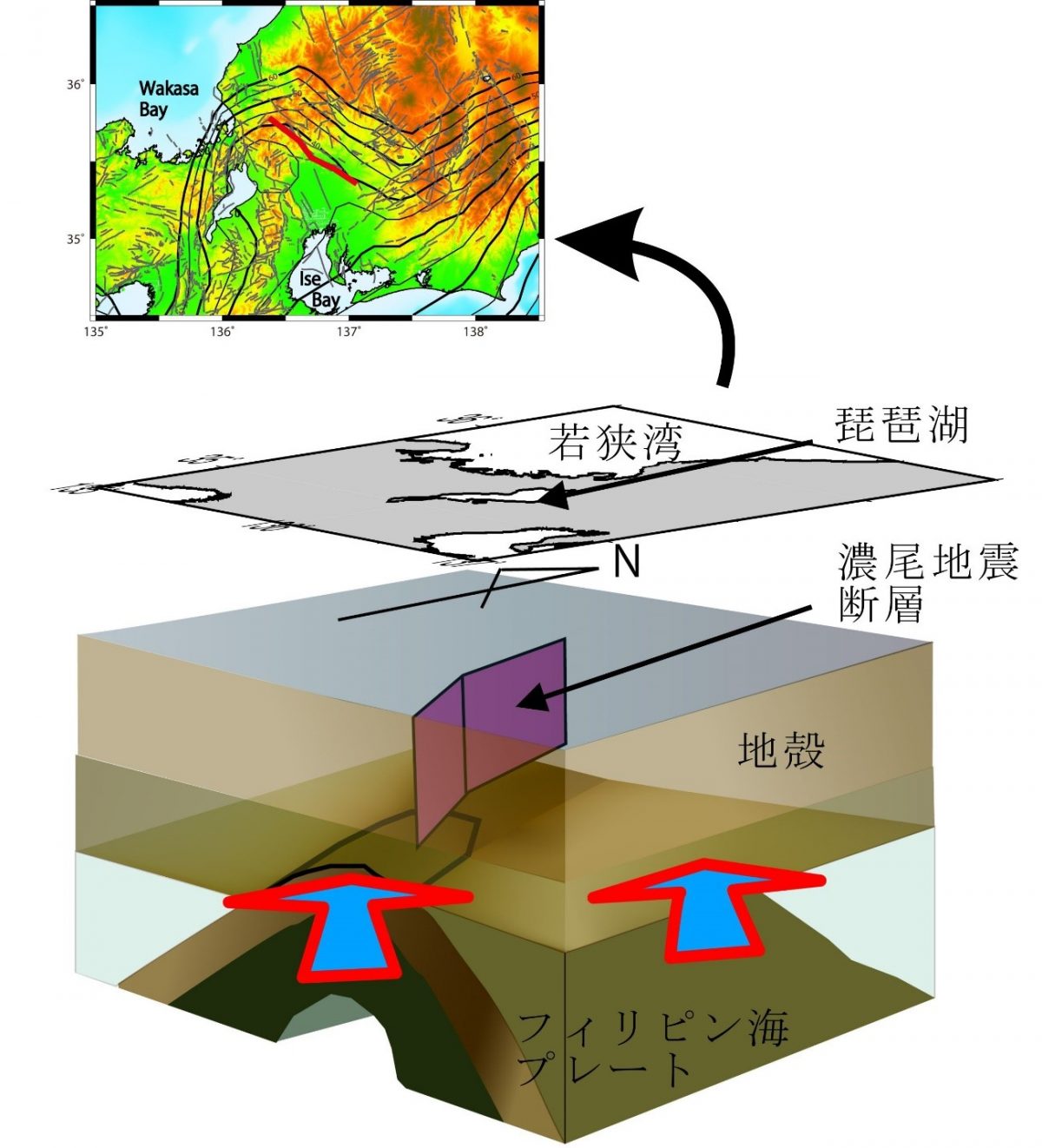 T. Iidaka , T. Igarashi, A. Hashima, A. Kato, T. Iwasaki,
The Research Group for the Joint Seismic Observations at the Nobi Area

The 28 October 1891 Nobi earthquake was one of the largest intraplate earthquakes in Japan, with an estimated magnitude of 8.0 determined by the Japan Meteorological Agency. It occurred in central Japan on the Eurasian Plate, beneath which the young Philippine Sea Plate is subducting. The geometry of this plate is not smooth; rather, beneath western Japan it appears distorted over a relatively short lateral distance. Beneath the Kinki region of central Japan, the subduction angle is approximately horizontal, and theNobi earthquake occurred just above the horizontal section of the Philippine Sea slab. Temporary seismic stationswere deployed in this area to investigate local seismic structure and its possible relationship to the cause of the earthquake. Crustal structure was investigated using receiver function analysis with a spatially dense temporary seismic network. A clear image of the subducted Philippine Sea slab was resolved, with ridge-like structures beneath the epicentral area of the Nobi earthquake. The ridge-like structure is in contact with the continental crust, and the fault plane of the Nobi earthquake is located at the edge of one such structure; i.e., in the contact area. The unique structure of the area is inferred to cause stress concentration and strain accumulation on local faults,which resulted in the large size of the Nobi earthquake.