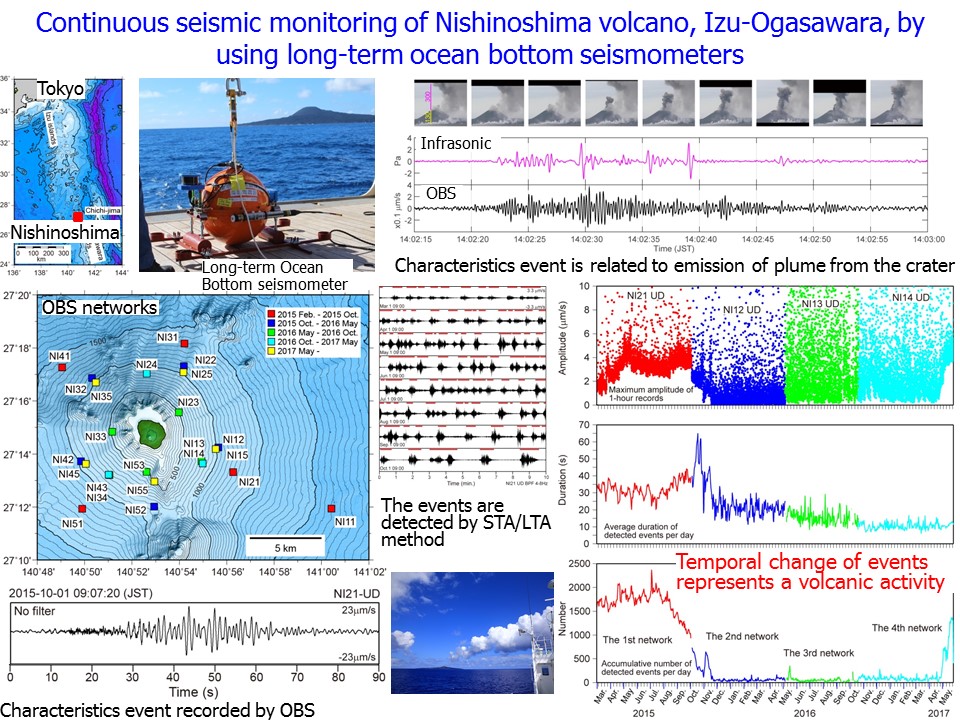 Abstract
Nishinoshima in Izu-Ogasawara started erupting in November 2013, and the island size increased. Continuous monitoring is important for study of the formation process. Since it is difficult to make continuous observations on a remote uninhabited island, we started seismic observations near Nishinoshima using ocean bottom seismometers(OBSs) from February 2015. Our OBSs have a recording period of 1 year, and recovery and re-deployment of OBSs were repeated to make continuous observations. The OBSs were deployed with distances of less than 13 km from the crater. Events with particular characteristics were frequently recorded during the eruption period and are estimated to correlate with the release of plumes from the crater by comparison with temporal on-site records using a video camera and microphones. We estimated the number of events using the amplitude average of records to monitor volcanic activity. There were approximately 1800 detected events per day from February to July 2015. The number started to decrease from July 2015, and reached less than 100 per day in November 2015. The surface activity of the volcano was estimated to have ceased in November 2015. Characteristic events began re-occurring in the middle of April 2017. The number of events reached approximately 1400 events per day at the end of May 2017. Seafloor seismic observations using OBSs are a powerful tool for continuous monitoring of island volcanic activity.