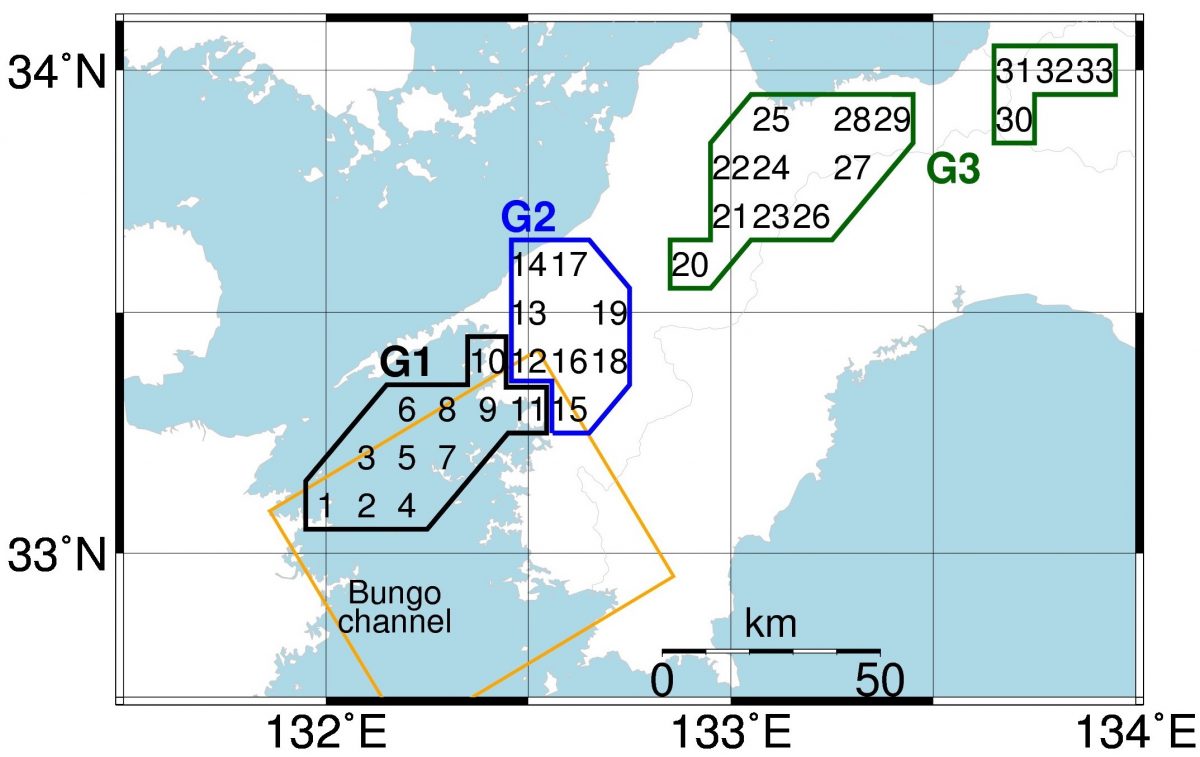 Various types of slow earthquakes have been detected on plate interfaces near the seismogenic zones of megathrust earthquakes. We investigated long-term changes of deep very low frequency earthquake (VLFE) activity over a period of 13 years in Shikoku region, southwest Japan. VLFEs can be categorized as slow earthquakes. VLFE activity is expected to be a proxy of interplate slips. In the Bungo channel (G1 of Figure 1), where long-term slow slip events (SSEs) have been known to occur frequently, the activity of deep VLFEs was modulated by long-term SSEs in 2010 and 2014. VLFE activity is sensitive to the size and area of the neighboring long-term SSEs. In the neighboring inland region (G2 of Figure 1), deep VLFE activity is accompanied by episodic tremors and slips every 6 months. In western Shikoku, the activity of deep VLFEs and tremors has been low since the latter half of 2014 (Figure 2). This decade-scale quiescence may be attributed to the change in interplate coupling strength in the Nankai subduction zone.