コンテンツへスキップ
Variability of the Space-Time Evolution of Slow Slip Events Off the Boso Peninsula, Central Japan, From 1996 to 2014 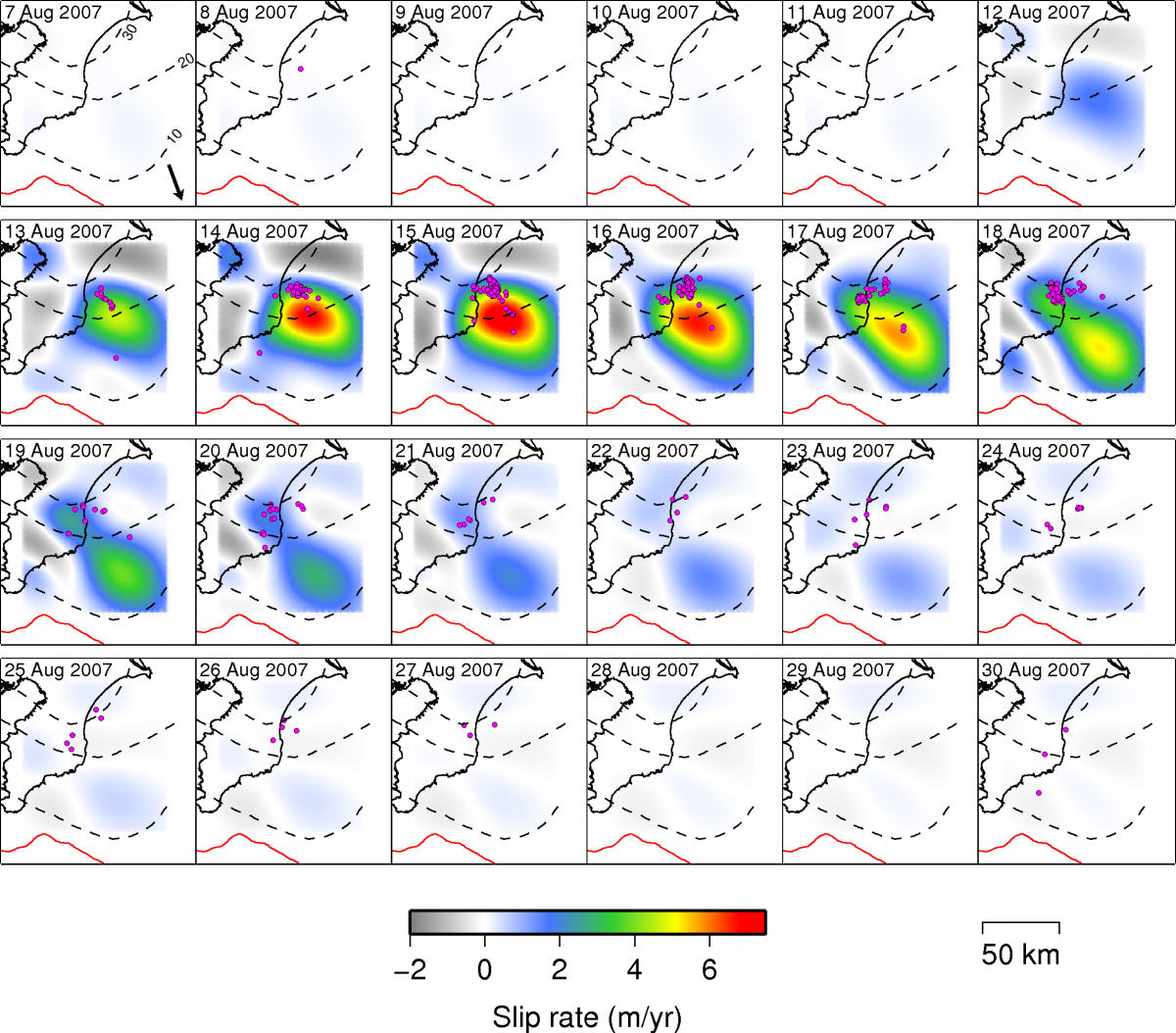 Abstract
Global Navigation Satellite System data are inverted to investigate the space-time evolution of five Mw 6.6–6.7 slow slip events (SSEs) off the Boso Peninsula, central Japan, in 1996, 2002, 2007, 2011, and 2013–2014. Our analyses reveal that the nucleation style and space-time evolution of slip vary among the five SSEs. The 2002, 2007, and 2011 SSEs nucleated more rapidly, with moment accelerations higher than those of the 1996 SSE by a factor of ∼2–6, and higher than those of the 2013–2014 SSE by an order of magnitude. Furthermore, the 2002, 2007, and 2011 SSEs exhibited more rapid temporal variations in their slip and moment rates and showed larger seismic moments and higher maximum slip rates than the 1996 and 2013–2014 SSEs, suggesting that the overall evolution of the SSEs is correlated with the nucleation style. The along-strike expansion/propagation of slip is identified for the five SSEs, revealing that the expansion/propagation patterns vary from event to event. The earthquake swarms accompanying the SSEs occurred near the downdip edge of high-slip-rate areas, and the seismicity migrated during slow slip with directions and speeds similar to those of the slip expansion/propagation. These space-time correlations between seismicity and slow slip suggest that the earthquake swarms were triggered by stress changes due to slow slip. The relative timing between the onsets of the SSEs and their associated seismicity varies from event to event and appears to be correlated with the nucleation style of the SSEs.