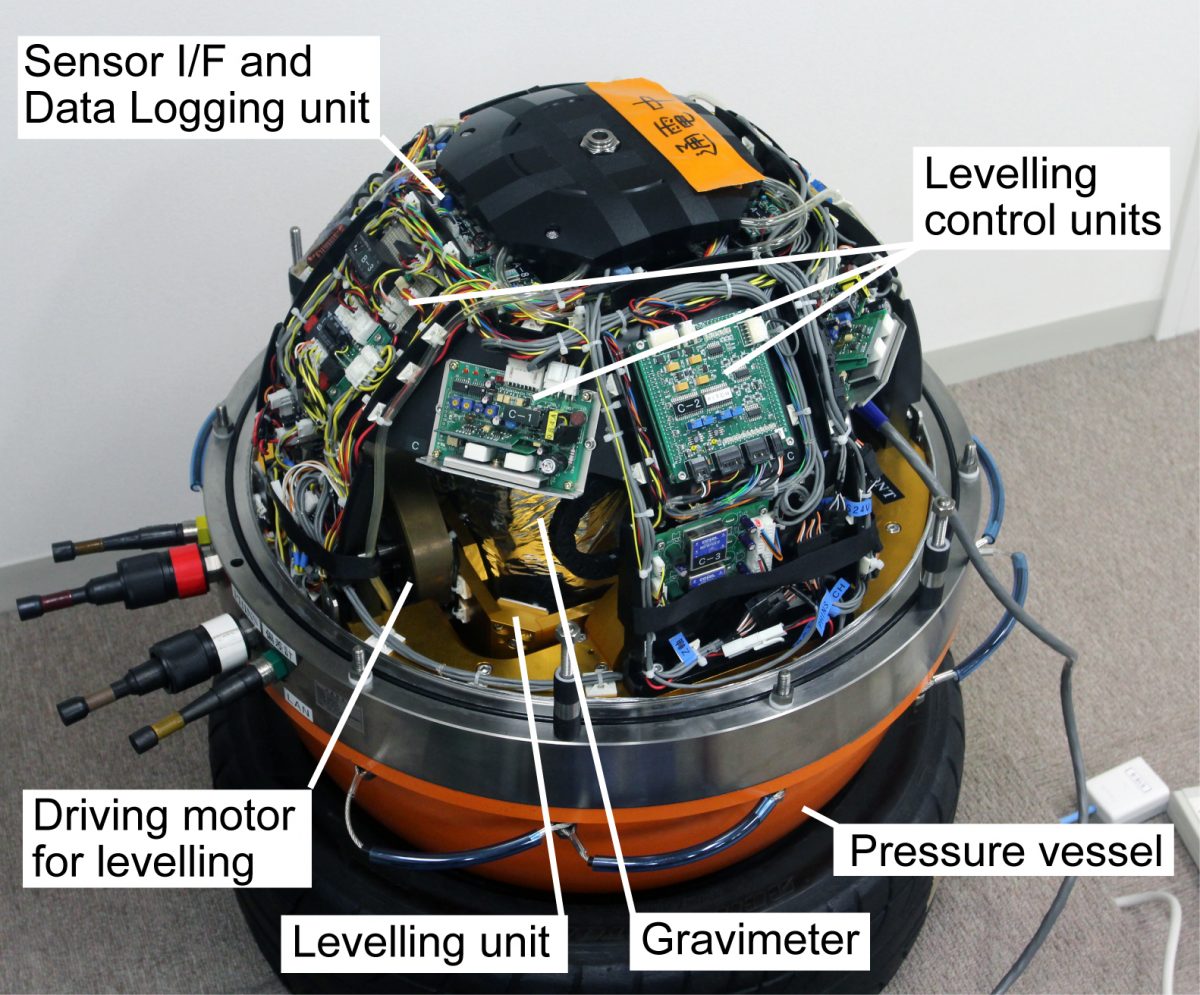 It is expected to clarify the detailed distribution of recently discovered seafloor hydrothermal deposits around Japan. To obtain structure of active faults below seafloor is also important. An underwater gravity survey just above seafloor can directly give localized mass distribution below the seafloor. Therefore, we have developed an underwater gravity measurement system on board an autonomous underwater vehicle (AUV), which is suitable for wide area surveys close to the seafloor with high resolution. An improved gravimeter was mounted on a levelling platform and the system was contained in a spherical pressure vessel with a diameter of 50 cm. The gravimeter system was installed on a large AUV Urashima. We have developed the method used to process the gravimeter data. The first observation was carried out in 2012 in Sagami Bay, Japan. As a result, it was found that our system has a repeatability of 0.1 mGal. We carried out a dive in 2015 in the relatively flat Izena Hole in the middle Okinawa Trough. This survey revealed two high Bouguer anomaly areas with amplitudes of 1–2 mGal. A model calculation suggested that the anomalies result from the presence of two buried cylindrical high-density mineral deposits. In addition, two dives were carried out in the southeastern part of Bayonnaise Knoll in the Izu-Ogasawara Arc, and we obtained Bouguer anomalies with high resolution.