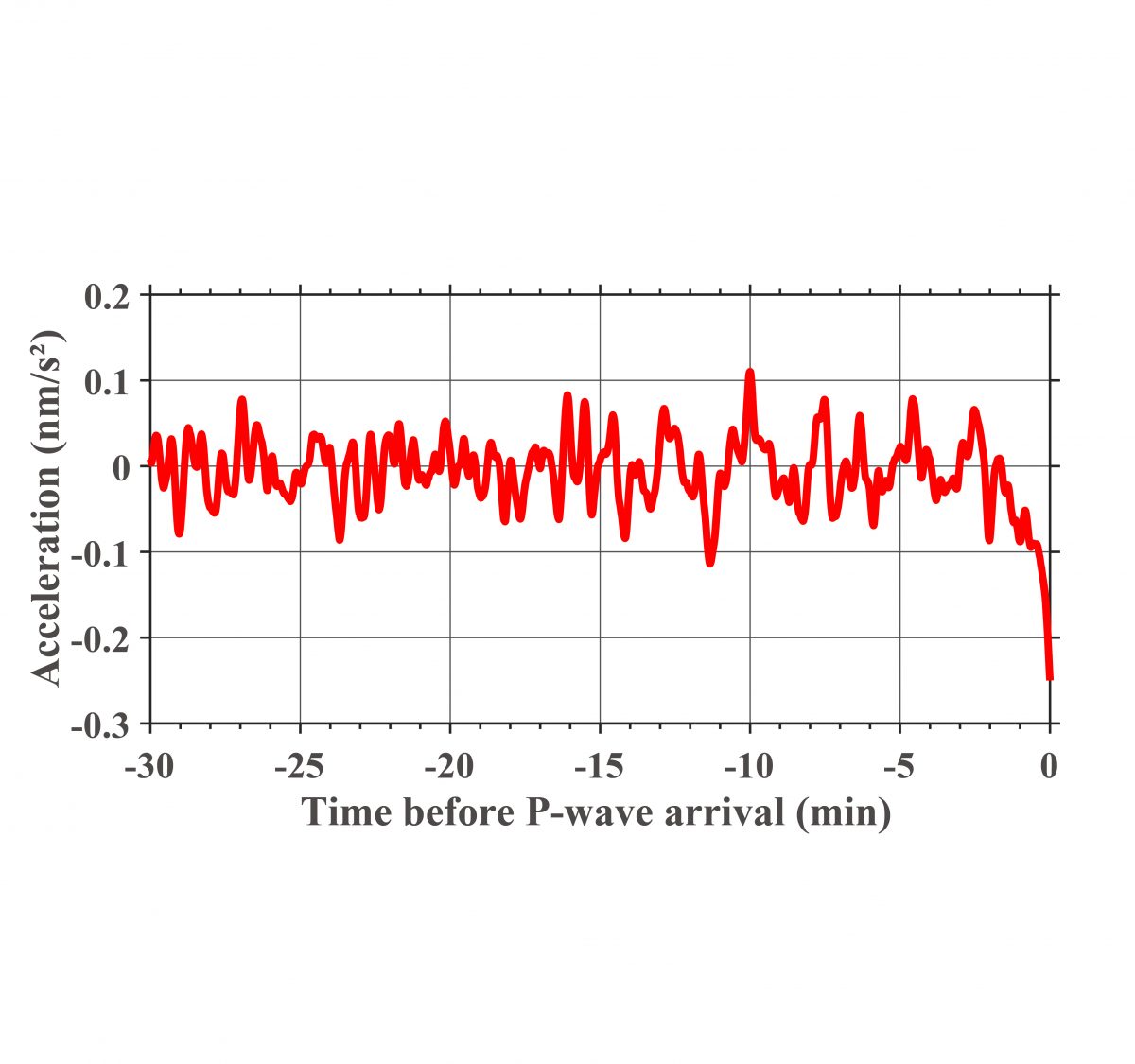 Abstract
Earthquake ruptures cause mass redistribution, which is expected to induce transient gravity perturbations simultaneously at all distances from the source before the arrival of P-waves. A recent research paper reported the detection of such prompt gravity signals from the 2011 Tohoku-Oki earthquake by comparing observed acceleration waveforms and model simulations. The 11 observed waveforms presented in that paper recorded in East Asia shared a similar trend above the background seismic noise and were in good agreement with the simulations. However, the signal detection was less quantitative because the significance of the observed signals was not discussed and the waveforms at other stations in the region were not shown. In this study, similar trends were not observed in most of the data recorded near the stations used in the aforementioned study, suggesting that the reported signals were only local noises. We thus took a different approach to identify the prompt signals. We optimized the multi-channel data recorded by superconducting gravimeters, broadband seismometers, and tiltmeters. Though no signal was identified in the single-trace records, the stacked trace of the broadband seismometer array data in Japan showed a clear signal above the reduced noise level. The signal amplitude was 0.25 nm/s2 for an average distance of 987 km from the event hypocenter. This detection was confirmed with a statistical significance of 7σ7σ, where σσ is the standard deviation of the amplitude of the background noise. This result provided the first constraint on the amplitude of the observed prompt signals and may serve as a reference in the detection of prompt signals in future earthquakes.