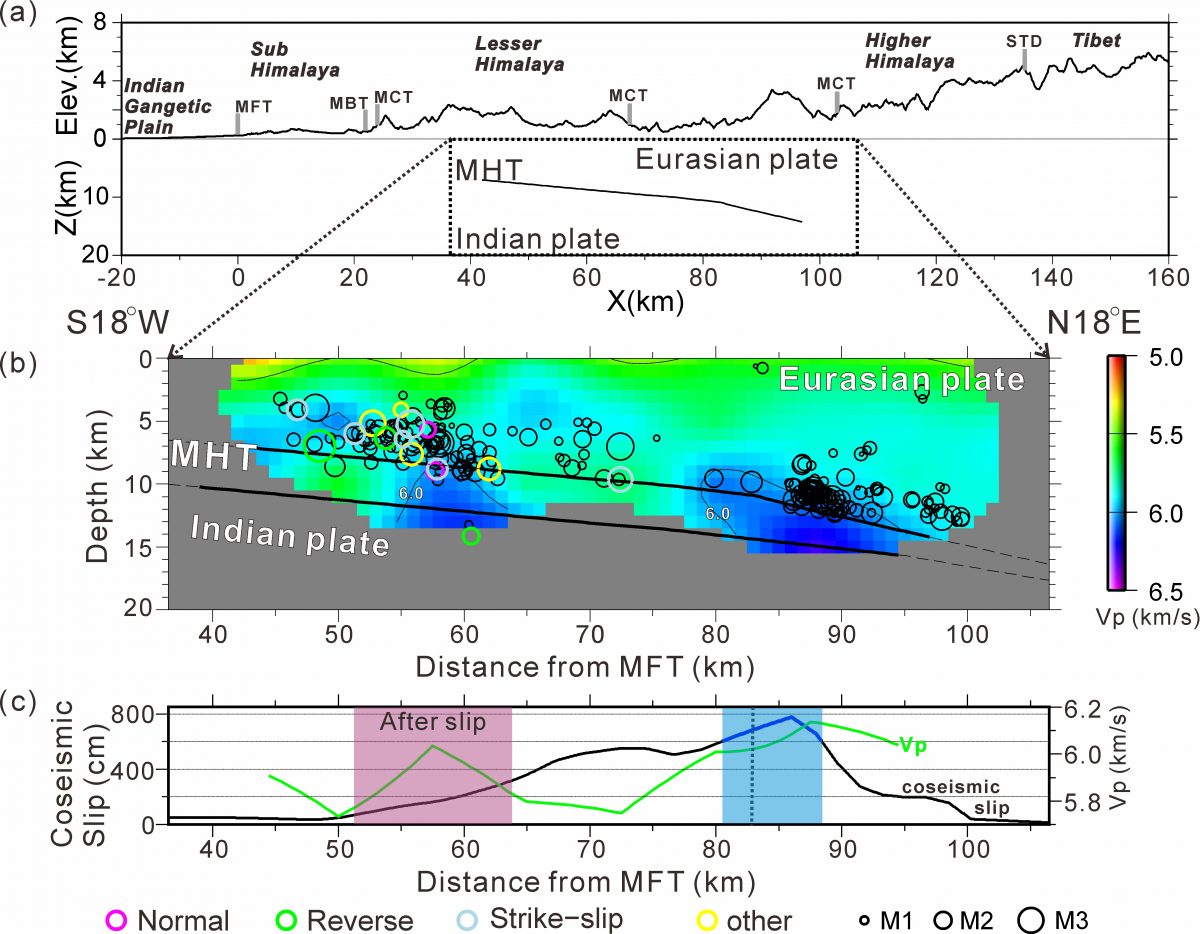 Abstract
A seismic array observation across the central focal area of the 2015 Gorkha earthquake was conducted to investigate aftershock distribution and crustal structure. Most aftershocks near Kathmandu were located above the Main Himalayan Thrust (MHT). Earthquake reflection imaging revealed the geometry of the MHT, which lies at ~10‐km depth at 75 km away from the Main Frontal Thrust. We found three areas of seismic velocity variability around the MHT above 15 km depth: (1) a high‐Vp zone where the MHT changes its dip angle from 5° to 13°, coinciding with a local maximum in coseismic slip, (2) a low‐Vpzone showing less coseismic slip, and (3) a high‐Vp zone where coseismic slip decreased further but afterslip occurred. These differences in slip behavior may indicate changes in frictional properties on the fault, which are reflected in the heterogeneity of the velocity structure.