コンテンツへスキップ
Characteristics of seismic activity before and after the 2018 M6.7 Hokkaido Eastern Iburi earthquake 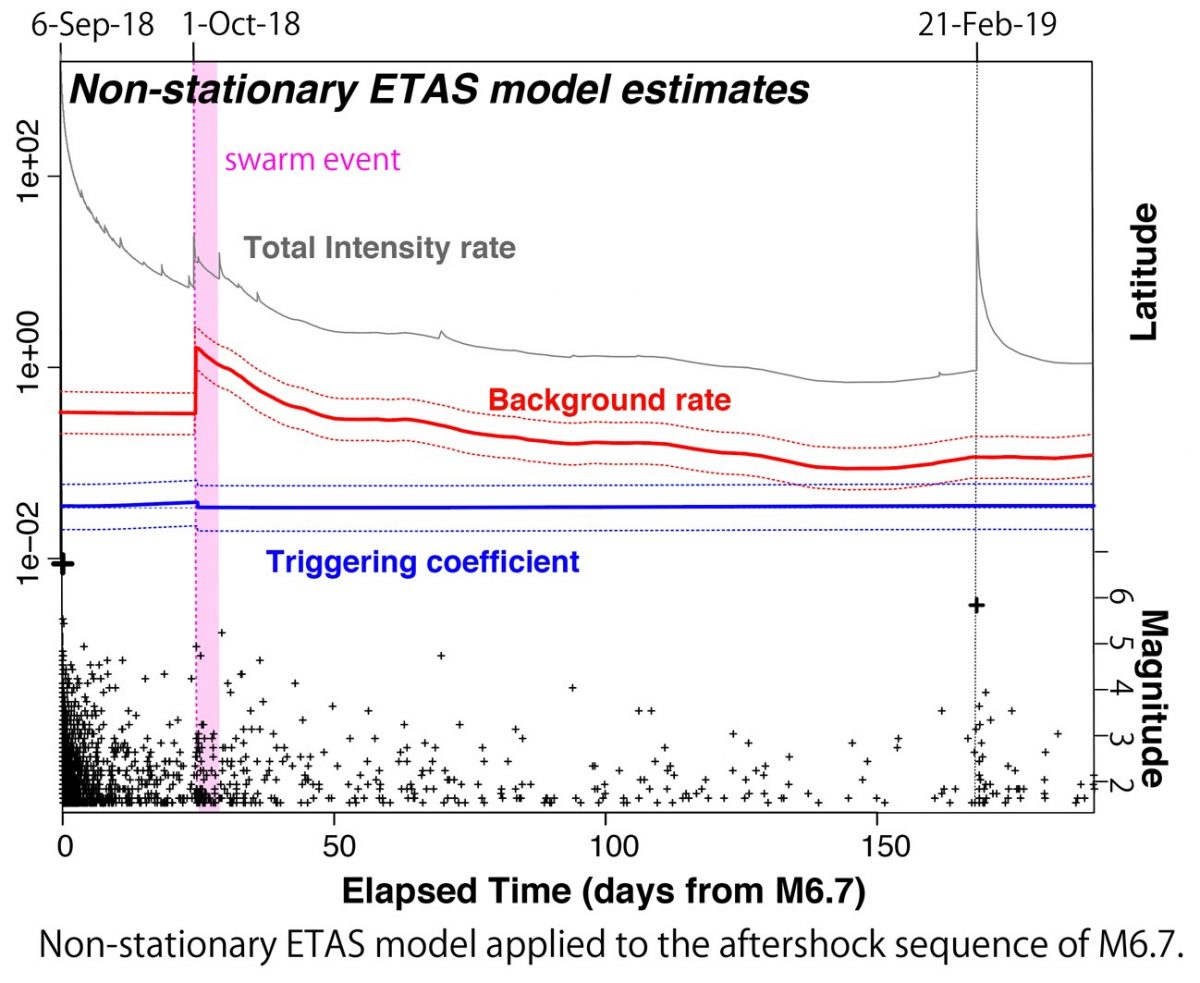 We applied the epidemic type aftershock sequence (ETAS) model, the two-stage ETAS model and the non-stationary ETAS model to investigate the detailed features of the series of earthquake occurrences before and after the M6.7 Hokkaido Eastern Iburi earthquake on 6 September 2018, based on earthquake data from October 1997. First, after the 2003 M8.0 Tokachi-Oki earthquake, seismic activity in the Eastern Iburi region reduced relative to the ETAS model.
During this period, the depth ranges of the seismicity were migrating towards shallow depths, where a swarm cluster, including a M5.1 earthquake, finally occurred in the deepest part of the range. This swarm activity was well described by the non-stationary ETAS model until the M6.7 main shock. The aftershocks of the M6.7 earthquake obeyed the ETAS model until the M5.8 largest aftershock, except for a period of several days when small, swarm-like activity was found at the southern end of the aftershock region. However, when we focus on the medium and larger aftershocks, we observed quiescence relative to the ETAS model from 8.6 days after the main shock until the M5.8 largest aftershock.
For micro-earthquakes, we further studied the separated aftershock sequences in the naturally divided aftershock volumes. We found that the temporal changes in the background rate and triggering coefficient (aftershock productivity) in respective sub-volumes were in contrast with each other. In particular, relative quiescence was seen in the northern deep zones that includes the M5.8 largest aftershock. Furthermore, changes in the b-values of the whole aftershock activity showed an increasing trend with respect to the logarithm of elapsed time during the entire aftershock period, which is ultimately explained by the spatially different characteristics of the aftershocks.