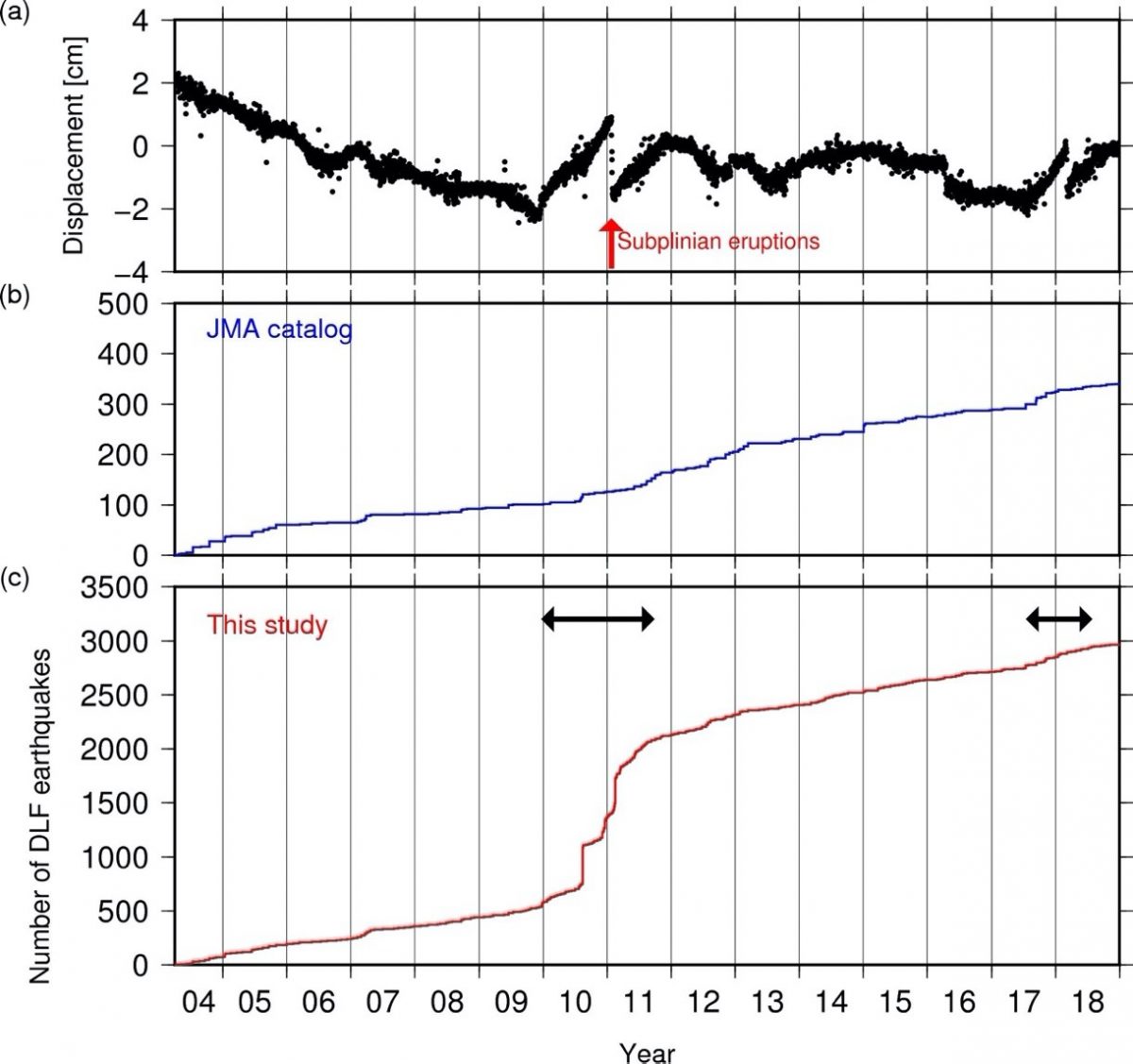 Deep low‐frequency (DLF) earthquakes occur at depths of 10–30 km beneath the Kirishima volcanoes, which is one of the most active volcanoes in Japan. In the last decade, two major series of eruptions were observed there. The relationship between DLF earthquakes and volcanic activity such as eruptions is still unknown; therefore, we conduct two analyses, namely, relocation and detection to obtain the precise spatial distribution and comprehensive temporal distribution of DLF earthquakes based on waveform correlations. The result is that DLF earthquakes occurred in some small clusters, having been activated for approximately 2 years from December 2009, during which various styles of eruptions including subplinian eruptions on 26–27 January 2011 occurred (Figure). The long‐term increase in DLF earthquakes was well correlated with crustal deformation because of the volume change of the magma reservoir. Most DLF earthquakes associated with the 2011 eruptions are distributed in four deeper clusters that are different from those of DLF earthquakes in the other time periods. Moreover, the clusters were switched 3 times, which approximately correlates with the transitions of eruption styles. These results suggest that DLF earthquakes were triggered by fluid flow in the deep crust related to the eruptions.