コンテンツへスキップ
Seismological evidence of an active footwall shortcut thrust in the Northern Itoigawa-Shizuoka Tectonic Line derived by the aftershock sequence of the 2014 M 6.7 Northern Nagano earthquake 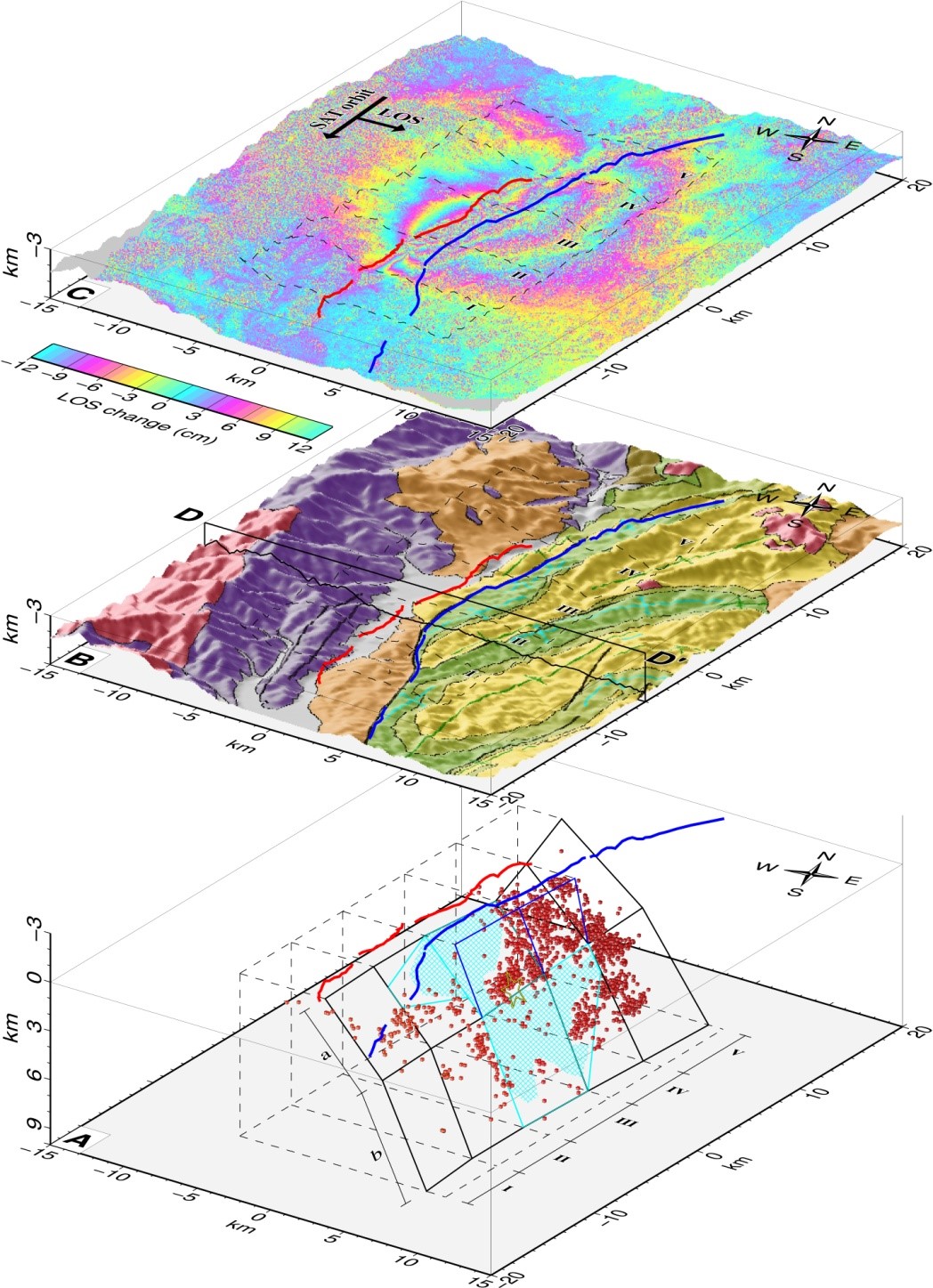 A destructive M 6.7 earthquake struck Northern Nagano prefecture on November 22, 2014. The main shock occurred on the Kamishiro fault segment of the northern Itoigawa-Shizuoka Tectonic Line (ISTL). We used data recorded at 41 stations of the local seismographic network in order to locate 2118 earthquakes that occurred between November 18 and November 30, 2014. To estimate hypocenters, we assigned low Vp models to stations within the Northern Fossa Magna (NFM) basin thus accounting for large lateral crustal heterogeneities across the Kamishiro fault. In order to further improve accuracy, the final hypocenter locations were recalculated inside a 3D velocity model using the double-difference method (Panayotopoulos et al., 2014). We used the aftershock activity distribution and focal mechanism solution of major events in order to estimate the source fault area of the main shock. Our analysis suggests that the shallow part of the source fault corresponds to the surface trace of the Kamishiro fault and dips 30°~45° SE, while the deeper part of the source fault corresponds to the downdip portion of the Otari-Nakayama fault, a high angle fault dipping 50°~65° SE that formed during the opening of the NFM basin in the Miocene (Fig. 1, Table). Along its surface trace the Otari-Nakayama fault has been inactive during the late Quaternary. We verified the validity of our model by calculating surface deformation using a simple homogeneous elastic half-space model and comparing it to observed surface deformation from satellite interferometry, assuming large coseismic slip in the areas of low seismicity and small coseismic slip in the areas of high seismicity (Fig. 2). Shallowing of the source fault from 50°~65° to 30°~45° in the upper 4 km, in the areas where both surface fault traces are visible, is a result of footwall shortcut thrusting by the Kamishiro fault off the Otari-Nakayama fault.