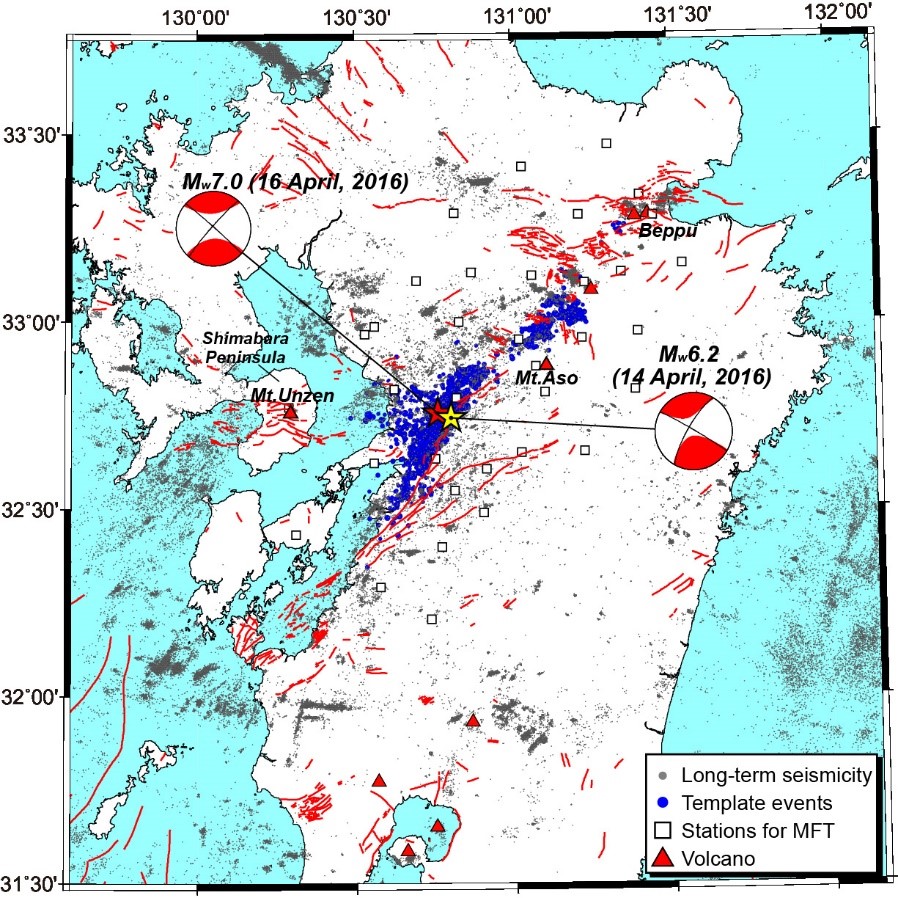 Abstract
We investigated the spatio-temporal evolution of an earthquake sequence following a series of large shallow intraplate earthquakes, including a Mw 6.2 foreshock and Mw 7.0 mainshock, in the Kumamoto area of Kyushu, SW Japan. To more precisely characterize the evolution of the earthquake sequences, we applied a matched filter technique to continuous waveform data, using template events obtained via a double-difference relocation algorithm. Migrations of seismicity fronts along the directions of fault strike and dip are clearly seen, starting immediately after the Mw 6.2 foreshock. These migrations are interpreted to result from aseismic slip triggered by the foreshock, propagating towards the nucleation point of the subsequent Mw 7.0 mainshock rupture. When combined with static stress changes induced by the Mw 6.2 foreshock, it is likely that stress transfer from both aseismic and seismic slip during the foreshock sequence loaded stress onto the mainshock rupture faults, bringing them closer to failure.