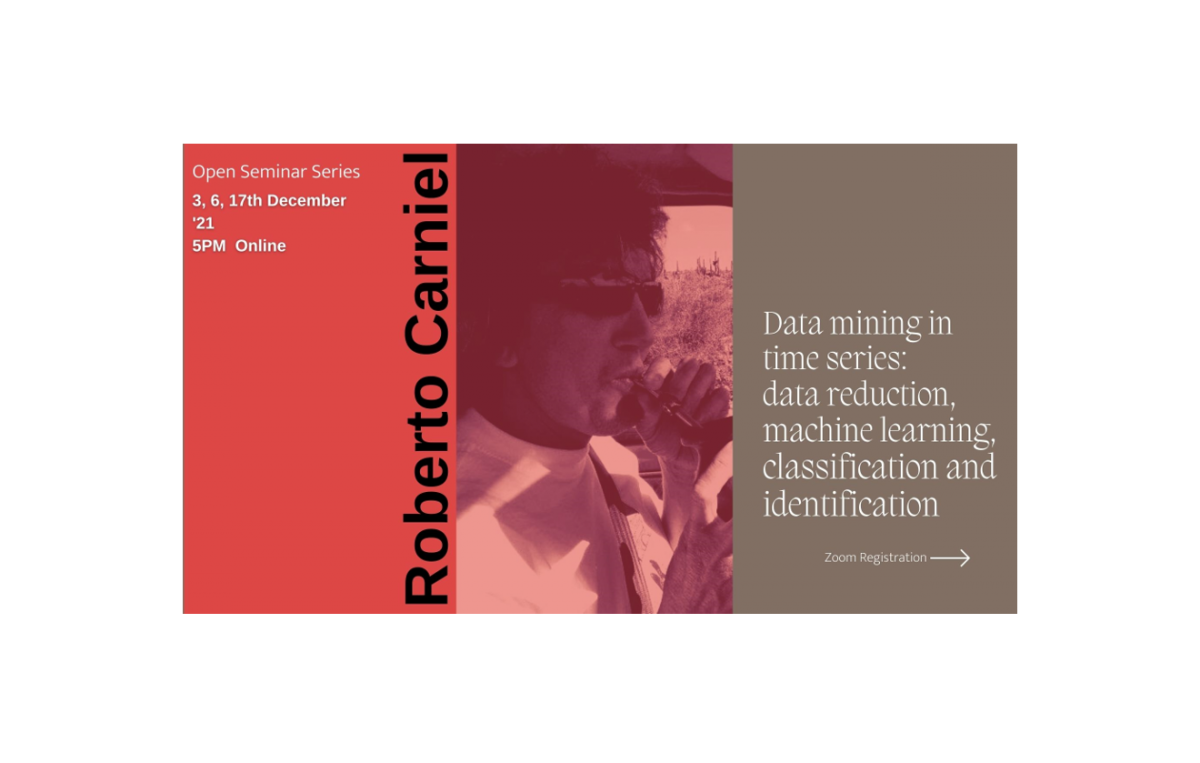 講演者：Roberto Carniel (Università di Udine, Italy)
題目：Data mining in time series: data reduction, machine learning, classification and identification
概要：
A time series can be considered as the evolution of an observable of the dynamical system that produces it. It is therefore theoretically possible to extract, even from a single time series, information about the underlying governing system. This can be done through a procedure called “embedding”, that is based on the intuitive statement that the only time series available carries with it information also about the time evolution of other parameters that we are not able to sample or observe. Carrying out this embedding procedure requires estimates of keyparameters such as the optimal delay time and a proper embedding dimension. Other independent but often conceptually similar procedures allow decompositions of the time series into components that may in turn be associated to different source processes. Other features can be extracted with different methods from a time series. The conceptual idea is always that of keeping only the most significant information hidden in the time series, while conducting a significant compression of the data flow.The key to the characterization of different regimes from a time series is therefore a process of data reduction, aimed at parsing the amount of data into its most useful components which can then facilitate the interpretation of the system. The approaches presented can be used to conduct such a data reduction phase, and the reduced data stream can be used not only for characterizing different regimes, e.g. by applying machine learning techniques, but also for determining significant transitions between them, examining their relationship with external or internal events. In the short course, examples of this approach will be mainly presented through the analysis of volcanic tremor, a continuous signal generated at volcanoes by the movement of magma, gas or hydrothermal fluids. In particular, regime changes can be sometimes associated to the occurrence of tectonic or volcano-tectonic seismic events or paroxysmal eruptive events.